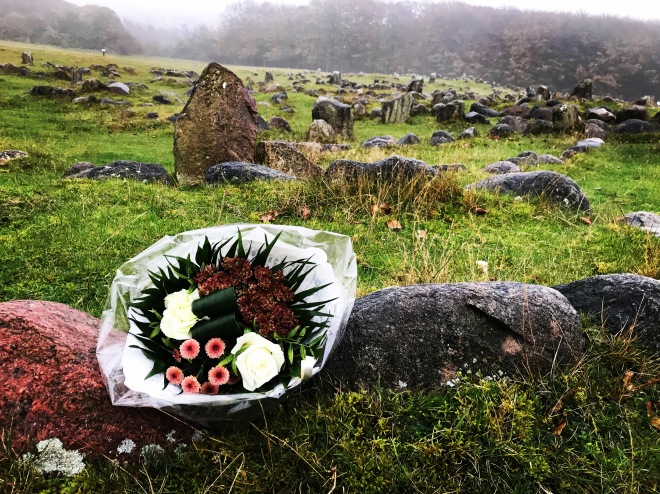 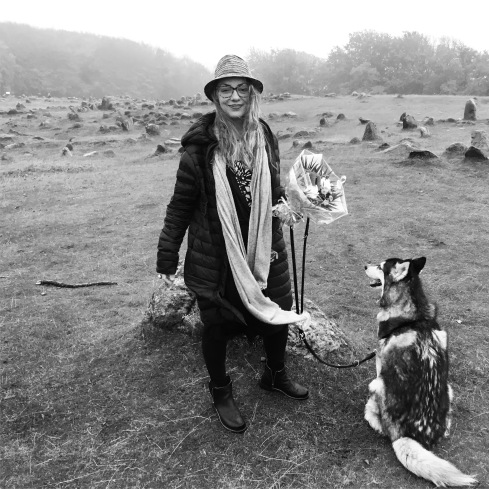 I call it the birthday week. Waiting for the 22.

I like to celebrate myself. Black and white, 60s style, the decade I was born in. That, and then the fact that I grew up with watching a lot of French movies…

It started with renting a cabin in the woods. That’s the place I prefer to be in without doubt or compromise every time I get the chance. If somebody said: New York or the woods? It’s the woods. 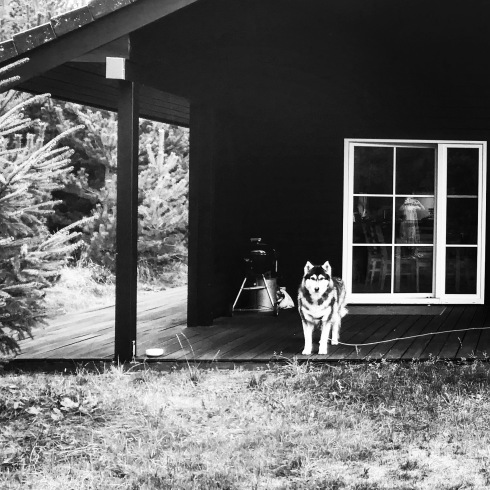 My ambition is actually to buy a place that has very specific amenities, pretty simple, actually, given the general mainstream wishes according to the Danish wallet.

My absolute requirements are modest in comparison: I want perfect internet – it’s my business – heating in the floors over the whole house, so, no radiators and all that other hassle as I like to walk naked in the house in the middle of the winter if I so please – sauna, and pine trees at arm length. That’s it. Ah, well, let’s throw this one in as well, no neighbours…

After having ditched my university job on account of the university being too stupid for me, I ended up living just where I want to, in the Danish national park Thy. I have a great place that’s spacious and special. But I still have to drive 5 minutes to get to the power place. I plan to change that.

Meanwhile, there are the cabins I can rent.

So what does a birthday girl do, while in the woods and the internet is not as fast as desirable?

I did the same thing some 10 years ago. Bought a new car on my birthday. I change computers much more often.

Every time I do this, it’s special. First of all because I can afford it. I grew up pretty poor in Romania, but due to my mother being a genius, poverty was regarded as acceptable and not something to whine about. Mother was a logician who was spiritually inclined for all her Marxist convictions. You get the picture.

So I pay cash for the car, the computer, and the bubbles. As I feel deep gratitude towards my god-given common sense, I drive up to a special place to commune with a whole lot of dead spirits, the most famous Viking burial place in the whole of Scandinavia, Lindholm Høje. I used to live right next to this place for some ten years, so it’s a familiar power place to me.

I did this ten years ago too when I went celebrating my 39th birthday. Some things become tradition.

The car dealer today gave me a bouquet of white roses, wrapped in strange paper, composed of a Latin text from Plinius. Liber II caught my eyes. Books and freedom.

The car dealer decided that the car I was buying was a minister’s car. I took that as a good sign. I want all my things to possess powerful mojo. 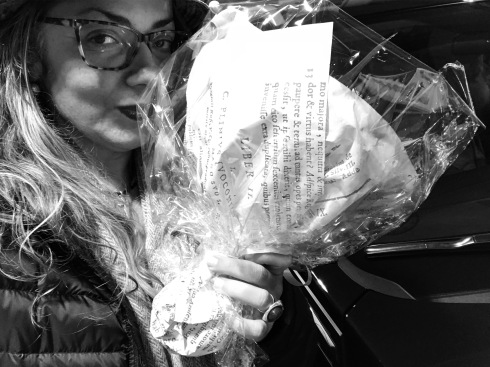 On top of the Viking place, I asked the cards to mediate between myself and all the dead buried there. I said: ‘I want to have all your accumulated wisdom. Nothing less.’

Clever cards I got, as usual:

The cards said this, on behalf of the dead: ‘You, who conjure us, the dead, resurrect just for you to tell you this: Rule wisely. Make laws that are in accordance to your territory and be as clever as fuck, but don’t let anyone else know it.’

It goes to show. My birthday is in two days, but I can say this: So far my vehicles of transport ace everything. Both the car and my new MacBook Pro are perfect, taking me places.

Only the house in the woods is missing. But who’s to say? Who knows what will happen on Sunday, besides launching my Playing Cards Foundation Course, showering myself and others with the gift of fun and knowledge?

Maybe I get lucky…

Stay tuned, and enjoy your autumn with all the miracles in it.