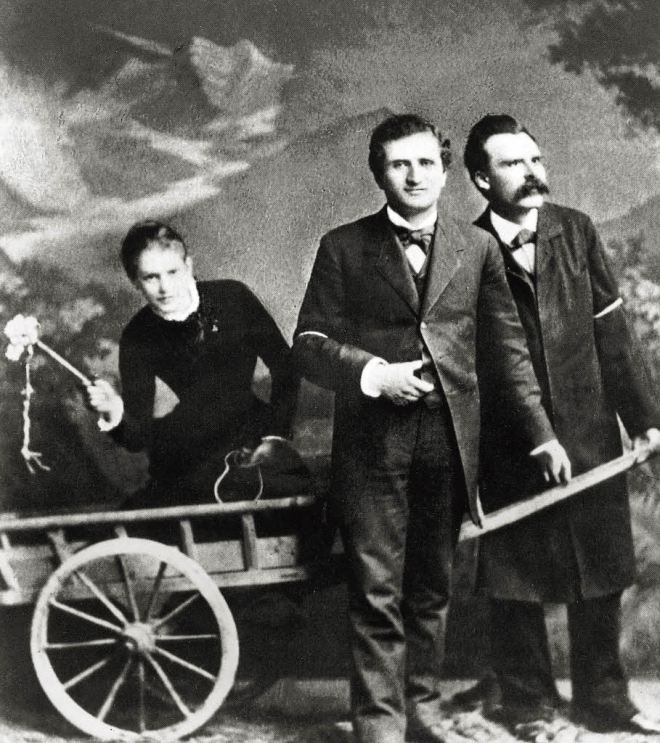 Anything but the simple ‘tarot reader’. The list above was compiled through an ordinary google search and stats analytics that demonstrate how the ‘tarot coach’ now scores more than the ‘tarot reader.’

Nothing is happening other than witnessing the sad development of popular terms turned clichés that we tag unto the venerable and old profession of reading tarot cards. I want to ask the folks who use the above string of a variety of coaching on their business cards, AND at the same time denounce the ‘tarot reader’ denomination in the name of some political correctness, what they are all afraid of. What’s up with this anxiety? Unless, of course, I forget the power of branding and trending that may be in focus.

Call me naïve, but I like to think of my function as a tarot reader as being about imparting a sense of discernment. Most people who come to me want me to speak from a position of authority. They want clarity on their own sense of place. I don’t see myself at all as participating in any coaching, pointing, and directing, and yelling and screaming the latest popular clichés, according to some rules that one learns in business school.

Now, let it be said that I’m fortunate enough to know folks who use the tarot for consultancy – heck, I use that word too – and who do very fine work that employs coaching techniques. Just think of James Wells or Andrew Kyle McGregor, two excellent tarot readers known to most of the Anglo-American tarot world. Generally speaking, I think that spiritual work combined with contemporary approaches to how to ‘handle life’ can be very useful, but what I find worrying is the renunciation of a term that has a long history, here the ‘reader’ in the ‘tarot reader,’ due to the suspicion that the reader in the ‘tarot reader’ does too much illegitimate predicting, or makes claims to thrones. Wrong.

Consequently, I often hear the folks using the coaching line exclusively defend this original and much more politically correct noun – they think – that the reason why they don’t want to call themselves ‘readers’ is because the word ‘reader’ presupposes a hierarchy. Say what? Have we all forgotten what the word coach means? A big black box, usually elevated above horses in servitude, and carrying a man, or on rare occasion a woman, with a whip in his hand dictating directions? Well guess what, methinks that if this image is the argument, then it kind of fails.

I don’t mean to be critical, because I really don’t give a damn what others chose to call their business, but if it’s about pointing to how language oppresses us, then let us, at least, be fair. Let me pose a general question to the potential readers of these lines, and who have dealings with the tarot one way or another:

Which card in the tarot pack do we associate the most with the act of looking at the cards, as that is exactly what we all do, look?

I’ll bet some 99 percent will reply: The Popess, or the High Priestess. Right, so there we have it. And what exactly does the Popess do in that card? She sits and reads. She doesn’t sit and coach, like the Charioteer. Nor does she sit and offer spiritual guidance, like the Pope. She doesn’t consult angels either, like Temperance. And she doesn’t offer financial advice, like the Empress.

The High Priestess is a Coach, but not a Reader?

The High Priestess is a Motivational speaker, but not a Reader?

The High Priestess is a Spiritual consultant, but not a Reader?

The famous image of Nietzsche, Paul Rée, and Lou Salome in a coach, with Lou holding the whip in her hand, comes to mind. The hierarchy, the hierarchy. The horror, the horror.

I’ve asked the cards themselves: what we should call ourselves, in this day and age of cartomantic competition, visibility, notoriety, popularity, leadership, strong leadership, no-nonsense, and god forbid, no superstition.

Three cards fell on the table:

The Pope, Justice, The Moon 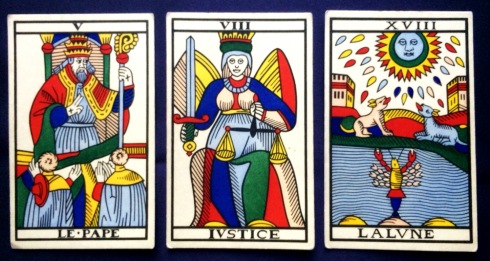 There we have it. The cards ask us to look and consider the point: Spiritual coaching à la the Pope? Nope. Cut the crap and look at what’s needed. You need to discern between signs. Invisible signs. Signs of pain and terror. Signs that are not about making lists and models and fixing a life through sensible logistics and administration. There are other professionals for that.

As tarot readers, we are always dealing with many more signs than we can mobilize. We can drown in omens. And that’s the beauty of it, but we need to discern between them. Yet ultimately, that is what we do. We read signs, signs that resist our understanding. The Moon will not disclose its secrets just because we come along and stick in its face a coaching certificate.

What do we do with signs? We read them. We fail to read the streetlights? We’re dead meat. We read the Tower as bliss? Good luck to us. I see the card of the Moon in this last position as very apt, emphasizing the art of interpretation, following from practicing a sense of fairness and justice, the art of reading the image in its complexity and fascinating beauty.

I use the tarot to read it and to read with it. Hence, in the appropriate context, I always stick to the utterance: ‘I, THE TAROT READER.’ It’s more honest.

Note on the cards: